The Story of the Tube and the Parabolic Taper

The Story of the Tube and the Parabolic Taper

Your headjoint tube is narrow at the top and wider at the bottom.  The taper affects the flow of air as well as the intonation of the flute.

It is important to spot the hole on the headjoint tube where the lip and wall assembly is going to be soldered.  The location of the lip/wall assembly on the tube makes a difference.  A number of years ago Andräs Adorján was at Powell Flutes working with our headjoint makers.  He was concerned about the intonation on one note and said, “I think the embouchure hole is too high up the headjoint tube.”  We measured and sure enough, the diameter of the tube where the embouchure hole was being located had somehow shifted from its specified position.  It was now .003” too high up the tube.  We relocated the hole to its proper position and the intonation problem was solved! 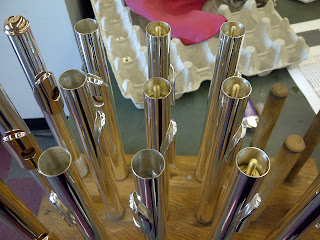 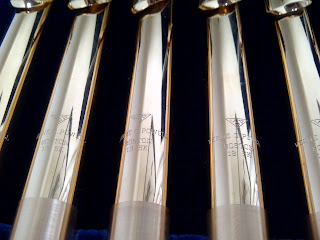