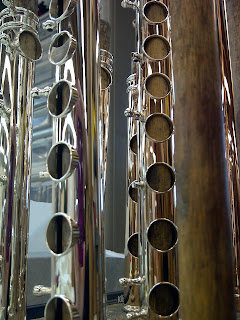 The flute scale determines how well the notes play in tune to each other, octave to octave, and also determines the timbral balance of the notes.  From a mechanical standpoint the flute scale is a function of the following:
Theobald Boehm developed the basis for today’s flute scales.  Verne Powell initiated an improved scale when he started producing his own flutes with the Powell Scale in 1927.  The next major improvement in scale design was accomplished by Albert Cooper in 1974.  Powell was the first major flute maker to introduce the Cooper Scale, and did so in 1975.  There are several other “modern” scales in use today, including the Bennett Scale used by one Japanese flute maker, and the Deveau Scale used by Haynes.


Today Powell uses a modified and (we believe!) improved version of the original Cooper Scale which we call the Modern Powell Scale (or just Powell Scale, for short).  When testing instruments for scale we strongly recommend that you consider not only intonation, but timbral balance as well.  A new flute should sound like one instrument, not three separate instruments.

Scale should not be confused with the pitch of an instrument.  Pitch relates to which “A” the instrument has been designed to produce (e.g., A-440, A-442, etc.)  Powell instruments made for the U.S. market are typically pitched at A-442, and play well in tune from A-440 to A-444. 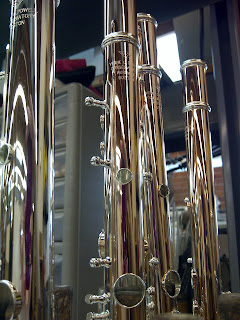 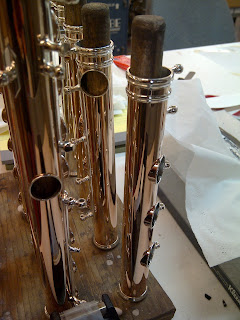 Posted by Powell Flutes at 1:45 PM