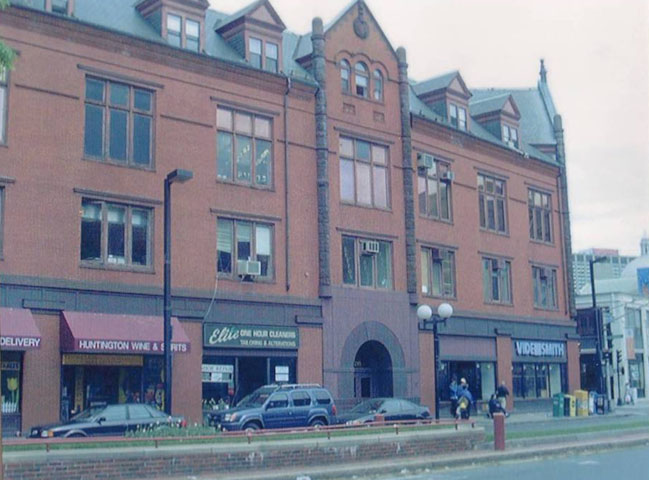 In the history of Powell Flutes, "295 Huntington Avenue" is a very significant address.  When Verne Powell began his company in Boston, this was the location of the original shop.  Powell Flutes remained at this address for over 40 years.  Toward the end of the 1960s, the company had outgrown its physical space and began the search for a new location.  In the book, High Flutin', former president Ed Machon recaps the move from Huntington Avenue to Arlington.


Moving along to half-way in 1969, it became obvious that if we were going to expand our production we had to consider other quarters..  I recall we were in a room which seemed cramped with six or seven employees and were up to eight or ten.  Good locations in the City of Boston were as scarce as hen's teeth and very expensive...

About the middle of September (1970), we ran across a two liner in a suburban newspaper: "3200 sq. ft. suitable for light manufacturing"  in Arlington, Massachusetts.  At this point, we were getting desperate for space.  We were up to about eight employees counting the owners.  Our quarters at 295 were strained with six people there.  Elmer, Dick, Ed Almeida, and I went to check out the ad.  The building, on a side street in Arlington, was a one-floor, cement block structure with 19 large windows, parking for about 15-20 cars, green grass, and two trees.  It looked like Utopia to me.  After a lengthy discussion (about 3 minutes) in the parking lot, we agreed to take it.

Now we were faced with my version of the "Rocky Horror Show" -- moving!!  Powell Flutes had been at 295 Huntington for 43 years.  The old man was a saver -- bent nails, rusty screws, worn out files, and all kinds of what I termed useless junk.  My partners were also "pack rats."  "Save it, it may come in handy sometime," was the most heard words anytime we decided to straighten out the shop.  I don't believe in moving junk, so without asking or saying a word, I dumped a trash barrel of their treasures.  Lord knows there were enough usable things that had to be packed and moved.

Packing was not simple...  Alice Murphy, our secretary-bookkeeper, knew the heads at one of the largest movers and riggers in the area.  We could move October 20, or the next available date would be in May of 1971.  We opted for October.  To us, it was a mammoth undertaking - to them, it was like moving a child's doll house.

The elevator would not safely handle our heavy stuff, so they removed the windows in the office and it went out on a crane.  I elected to do the packing in the office.  Little did I know what I was into as I ended up with about 50 cartons of shop records.  We must have shot 10 rolls of films of this event.  One of our crew, Charlie Roberts, made about 200 slides.  He christened the event "The Powell Movement."  We worked flat out for just about 12 hours that day.  At the end, Mike Edwards, a young fellow who had been with us only a short time, asked for one favor.  It was granted -- he banged a hole in the cardboard wall, dividing the office from the shop, stuck his head through, and with a grin on his face, someone snapped a picture.  I seem to recall they billed us for a damaged wall later along with charges to clean up the room.  I am sure that with the amount recovered from the silver and gold filings, etc., on the floor, they did rather well.

The truck, with all our goodies on board, laid over in the mover's yard that night.  The next day, what took 12 hours of hard work was unloaded and set up in about 2 hours.  Three or four of our crew had been building and setting up benches for a couple of days so some of the equipment could be moved to its proper place.  Wiring for light and running gas lines was another story..."

Posted by Powell Flutes at 2:13 PM