When we decided to co-manufacture a step-up flute in 2002, our conceptualization of Sonaré, with a Chinese body and a Powell headjoint, was ground-breaking.  I vividly recall one of our long-time Powell players coming up to us at the convention that summer.  With her hand on her hip, she demanded to know, “Why Powell is making a flute in China?”  I explained our concept of putting a professional headjoint on an inexpensive flute body, since the headjoint was far and away the most important acoustical component of the flute.  She tried the flute then said, “I’ll take that one.”

We’ve come a long way since we introduced the Sonaré flute in 2002.  For one thing, at last count there were 14 other flute makers who had copied our concept.  For another, the Sonaré flute has evolved.

When we introduced Sonaré we were frankly paranoid about doing something that might jeopardize the Powell image.  Thus, we were extremely careful to distinguish between the flute body made in China, and the headjoint made by Powell in the United States.  The engraving on the headjoint was the normal Powell Signature headjoint engraving, but the Powell name was nowhere to be seen on the body of the flute.  We engraved “Sonaré” on the barrel of the flute.

During the first few years of Sonaré’s existence we wound up using 4 different scales made by our Chinese partner.  We ultimately standardized on a single scale – the one we though was best – but were still not satisfied.  Since the acoustics of the flute are determined first by the headjoint and secondarily by the scale, we decided to focus our engineering talents on the body.  To make a long story short, in 2006 we came up with a technology we’ve called “Zinki,” that allows us to economically extrude tone holes at Powell with our Modern Powell Scale.  Since then we’ve used Zinki to extrude all Sonaré flute bodies, as well as our Conservatory and Signature flutes.  Even Custom gold flutes with extruded tone holes are done on Zinki.  (If you’re curious about the technology you can look up U.S. patent #7,420,109.  It describes our approach for putting a big ball through a small hole.)

By using flute bodies made at Powell with the Modern Powell Scale, we felt we had made a large leap in quality.  At that point we decided Sonaré could become a Powell flute.  Sonaré then became a model designation, just like Signature or Conservatory.

However, we aren’t done making improvements.  Starting in spring, 2015, the Sonaré flutes being assembled for us in China will be utilizing cups that are the same size and shape as the Powell flute cups used for Conservatory and Signature flutes.

One final point.  Because we make the body and headjoint of the flute at our Maynard workshop, and because we do the final finishing at Powell, we have an instrument where more than 50% of the content is U.S. content and where final finishing takes place in the USA.  Thus, our Powell Sonaré flutes qualify as “Assembled in USA.”  To the best of our knowledge no other flute in this category qualifies for that country of origin labeling. 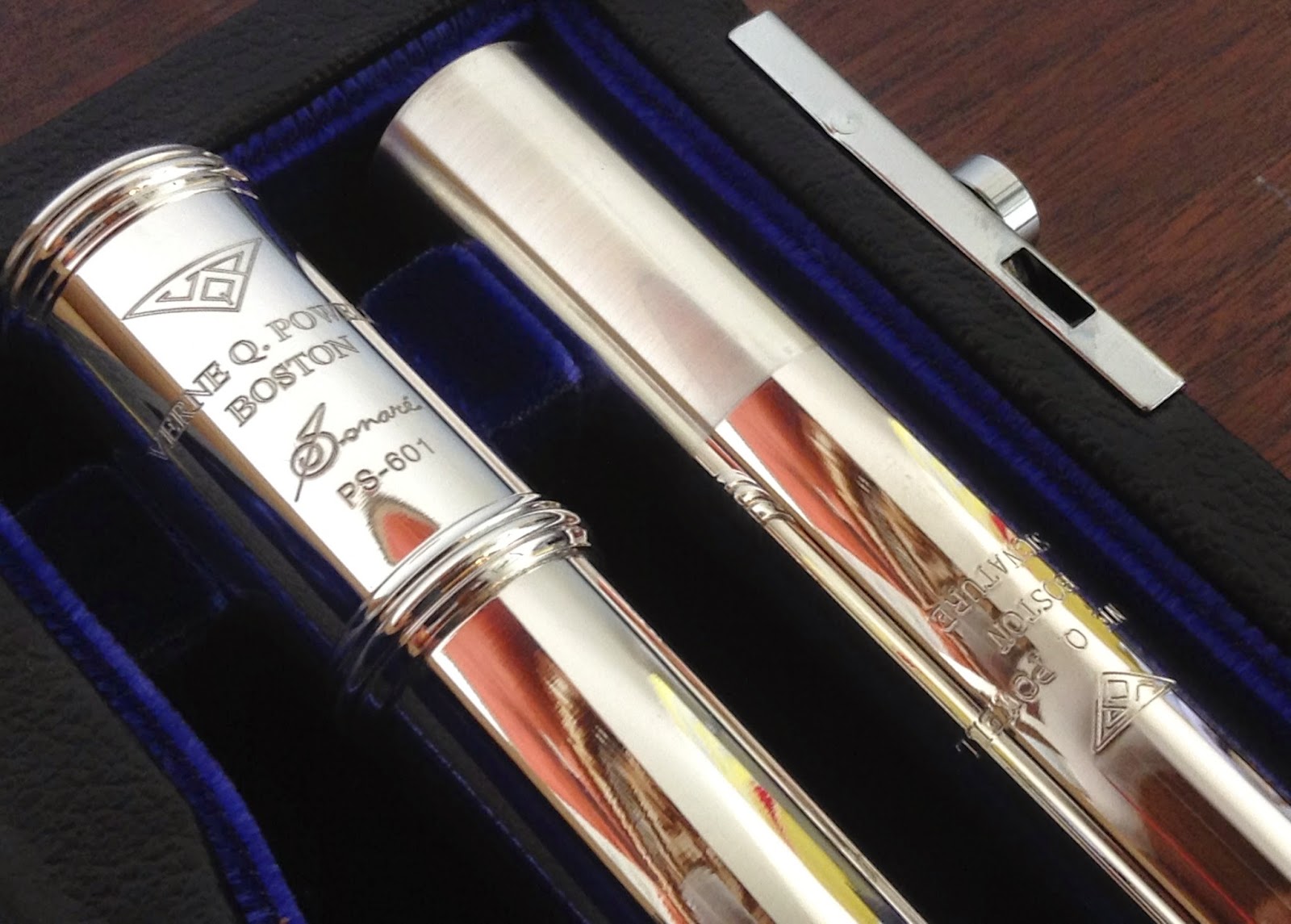 Posted by Powell Flutes at 5:27 PM