The One and Only White Gold Flute


In 1949, Verne Powell wrote the following: “I consider this flute the finest thing I’ve ever created.  The gold is much harder than yellow gold or platinum and has a 'ring' and brilliance I’ve never heard in my flute.”

Those were strong words from a master craftsman about Powell flute #900.  His words were addressed to Fritz Baker, principal flutist with the Denver Symphony at the time, and Powell was describing the performance characteristics of a flute made entirely of white gold.  In another letter to Baker in January 1950, Powell wrote, “There never has been a finer flute made – but as far as we are concerned, there will never be another like it.”

What happened?  Apparently, Powell had always wondered what a white gold flute would sound like.  In his view, the hardness of white gold “should make a splendid instrument.”  To satisfy his curiosity, Powell produced a flute with 14k white gold body and keys on speculation.  Flute #900 was the result.

The problem was that the same qualities which produce an especially rich sound from white gold make it very difficult to fabricate.  In that same letter to Baker, Powell explained, “The metal is incredibly tough to work, and we had plenty of headaches, including darn near ruining every tool in the shop.”  How tough?  At Powell, we use 10k white gold mechanism tubing as a substitute for sterling silver in certain applications where we want to make sure the flute keys stay in adjustment.  When we ream the white gold, the steel reamer smokes on its way through, even with plenty of lubricant added.

Back in 1950, Baker went on to buy Verne Powell’s one-and-only white gold flute and record with it.  Today, Fritz Baker is 94 years old and retired from his illustrious career.

In one of Powell’s letters to Baker, he speculated, “We might some day make a flute with a white gold tube and all silver mechanism, as it was the [hardness of the white gold] mechanism that presented the real problem.”  Today, Mr. Powell’s speculation is reality.  Powell offers 14k white gold flutes with a sterling silver, 10k yellow gold, or 14k rose gold mechanism.  Here’s a photo of one we just finished with a white gold body and 14k rose gold keys. 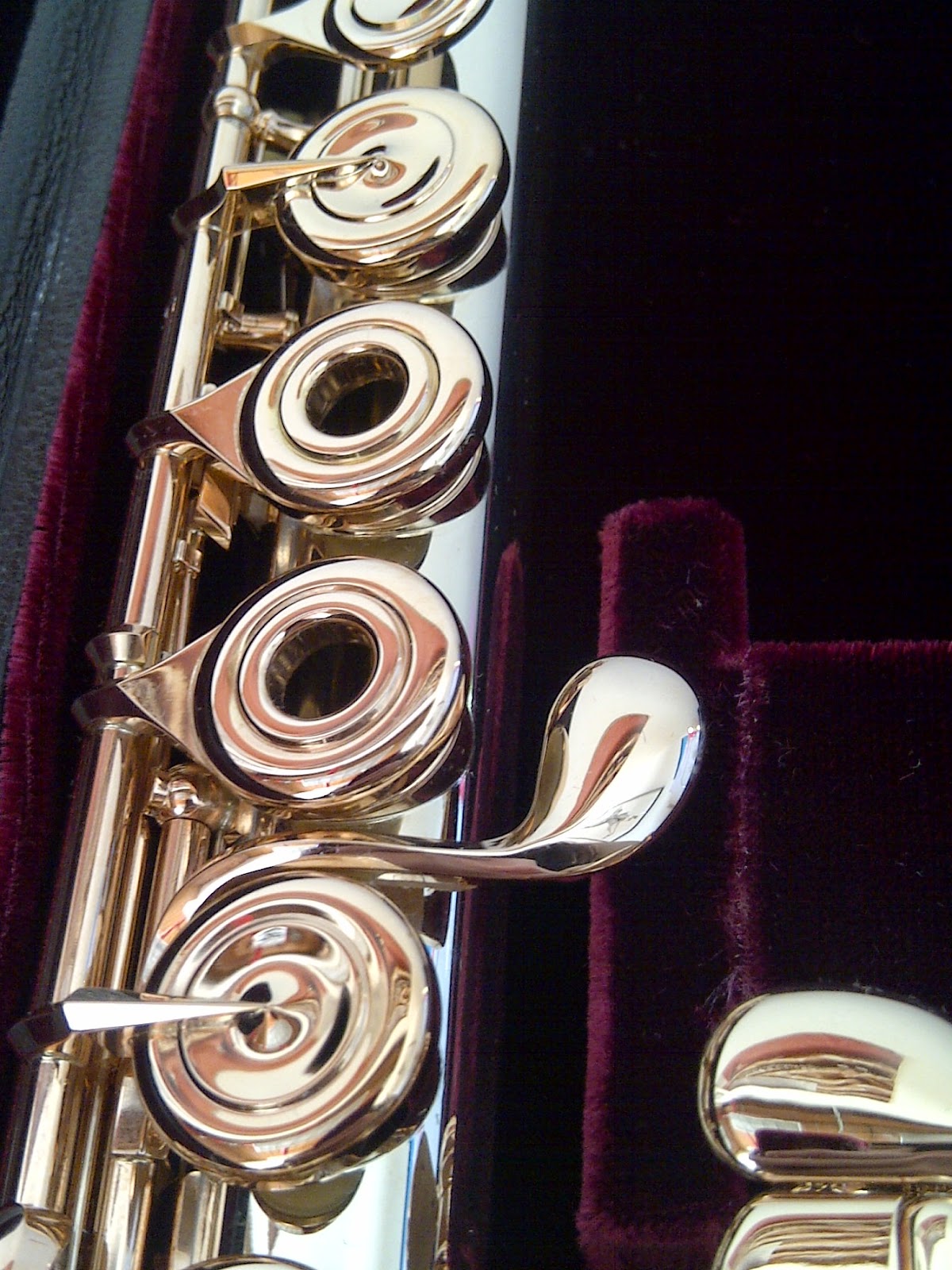 The pricing for the 14k white gold flutes is the same as for 14k rose gold flutes, and they are available for trial.

Posted by Powell Flutes at 3:03 PM