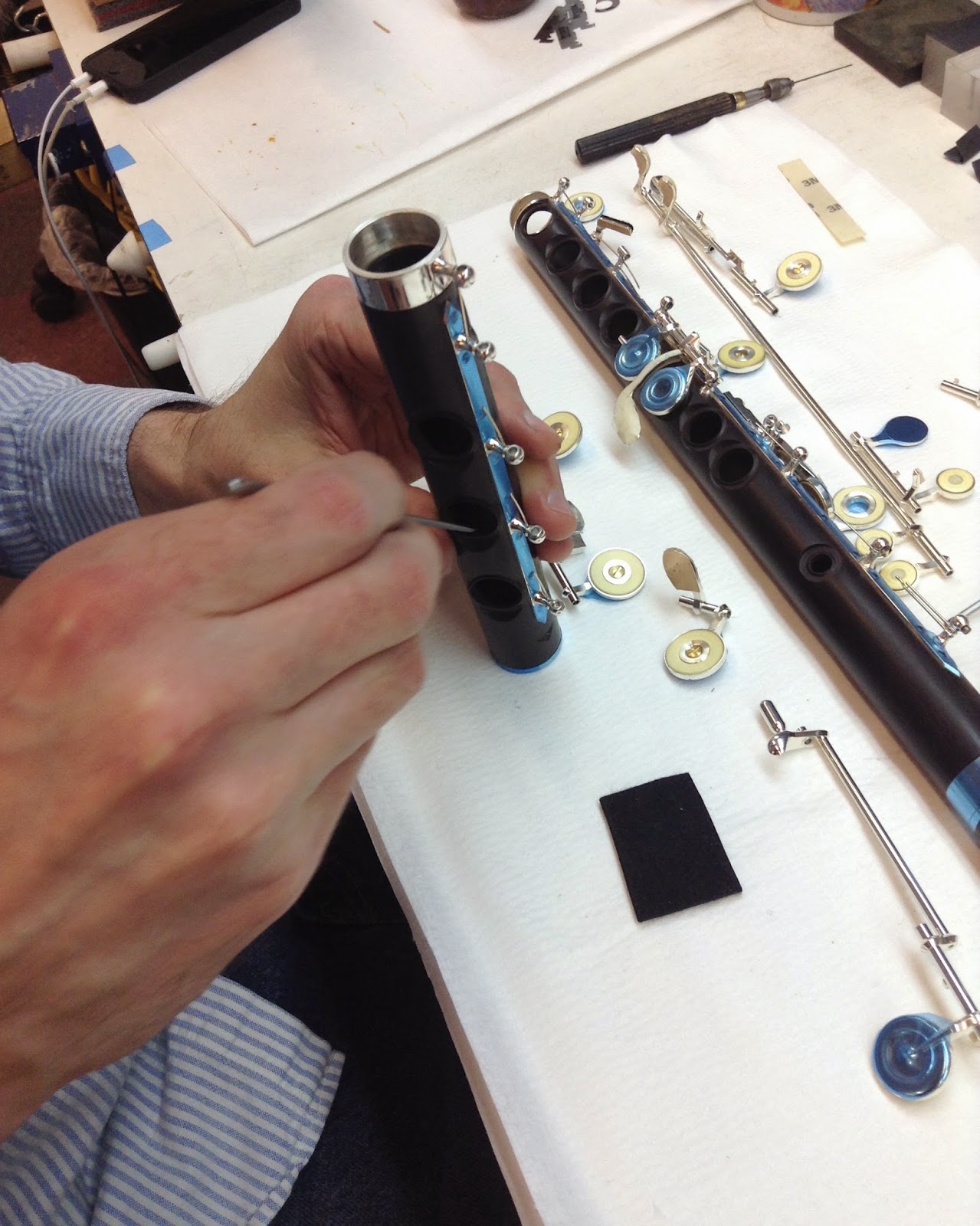 This week, we stopped by the finishing department just as flute finisher Matt Keller was about to begin undercutting tone holes on a wooden flute.  In a previous post (which you can read by following this link), we learned that cutting wooden headjoints required mostly filing and sanding as opposed to the cutting and scraping techniques used on metal headjoints.  So, we asked Matt if a similar technique is used for undercutting wooden tone holes.  Come to find out, it does!

Matt told us that undercutting wooden tone holes is done with a very small file, which you will see in the photos below:


There are two areas of the tone hole that he files, which we've indicated with blue arrows in the following photo: 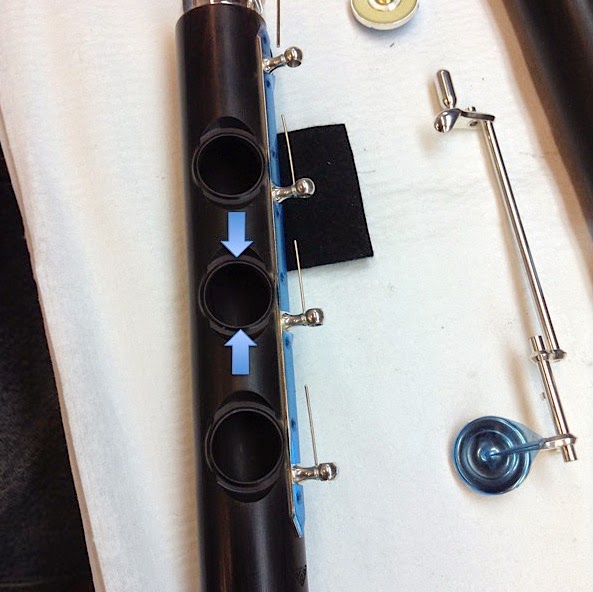 Why are these two areas the locations for undercutting?  Well, Matt mentioned that these locations are aligned with the direction of the air flow through the flute.  Definitely makes sense when you visualize it!  As for the reason behind undercutting tone holes in general, flute finisher Karl Kornfeld added that undercutting, "reduces turbulence as the air flows through the flute."  Matt files very carefully, a little bit at a time, using extremely light pressure. The process is much easier to see in a video than a photo, so we captured a bit in the video below!