Numbers in the Cups? 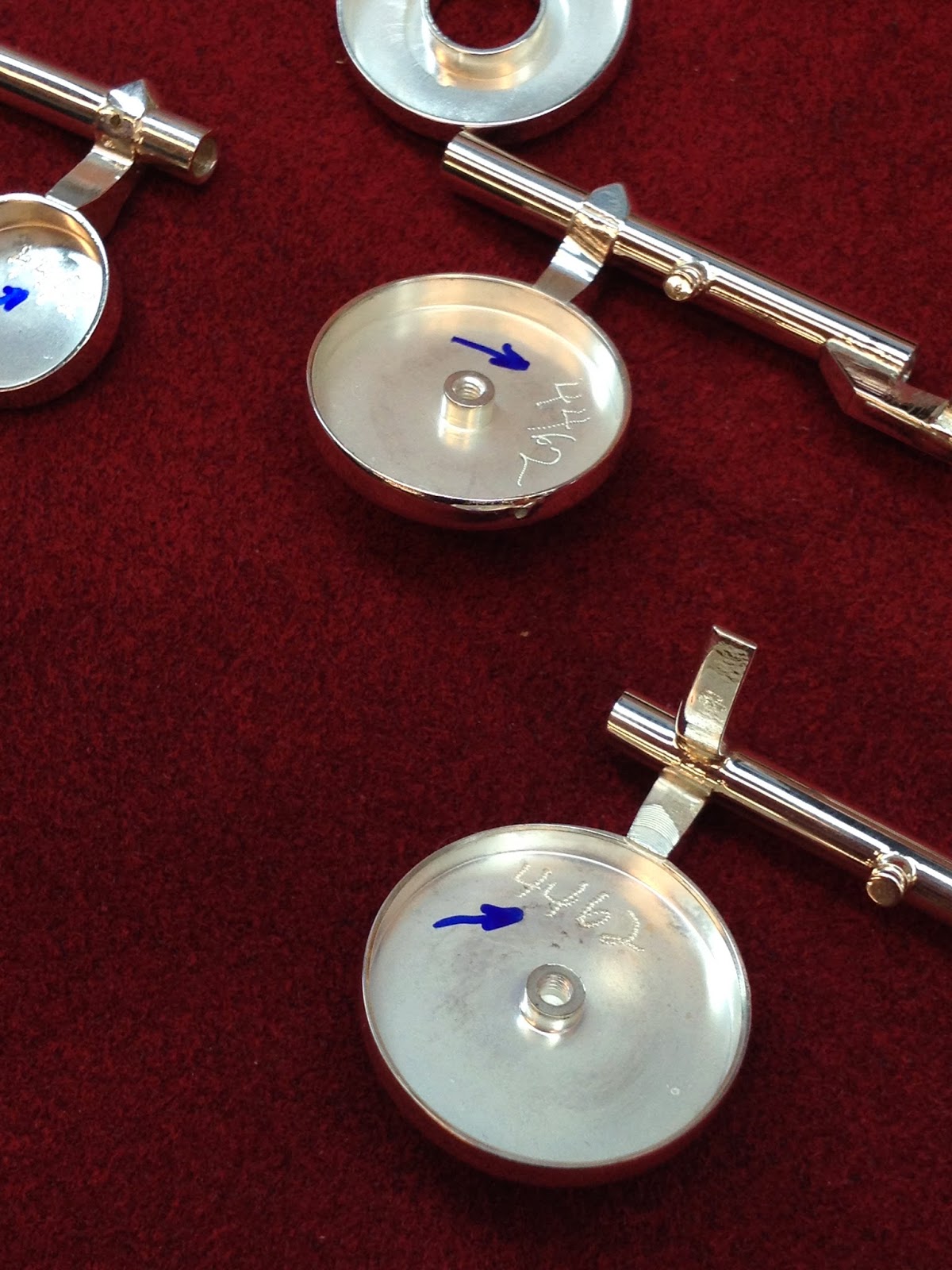 If you have a Powell Signature or Conservatory flute, you may not have realized this, but there are numbers engraved in your key cups and on certain parts of your mechanism.  What are these numbers for?  Well, they are actually the serial number.  The reason for this is quite simple, actually.  You see, all Conservatory and Signature flutes have silver key mechanisms, so keys and mechanism components from several different flutes may be sent to the polishing room at the same time.

Initially, each key mechanism is fit to a particular flute during the "stringing" process.  The key mechanism and body components of an individual flute are kept together in a tray in the stringing department.  However, the keys and mechanism components are removed from the trays when they are sent to the polishing room.  After polishing, they are returned to the stringing department in preparation for the flutes to then go on to the finishing department.  So, in order to insure that the proper mechanism (which has been fitted to the flute) returns to the corresponding body after polishing, the serial number is engraved in the key cups and other areas of the mechanism.  In the photos below, the blue Sharpie marks point to the areas where the serial number is engraved: 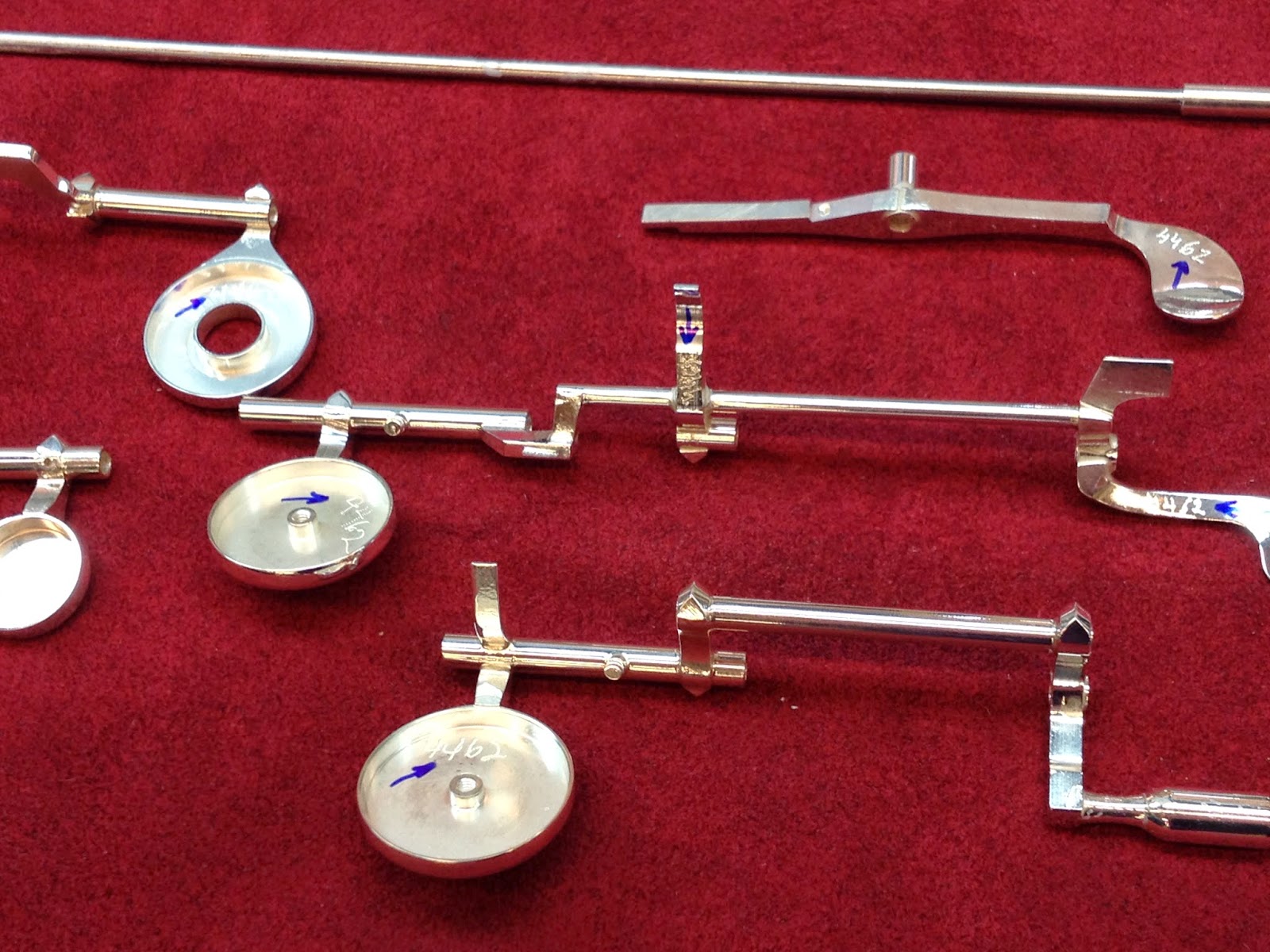 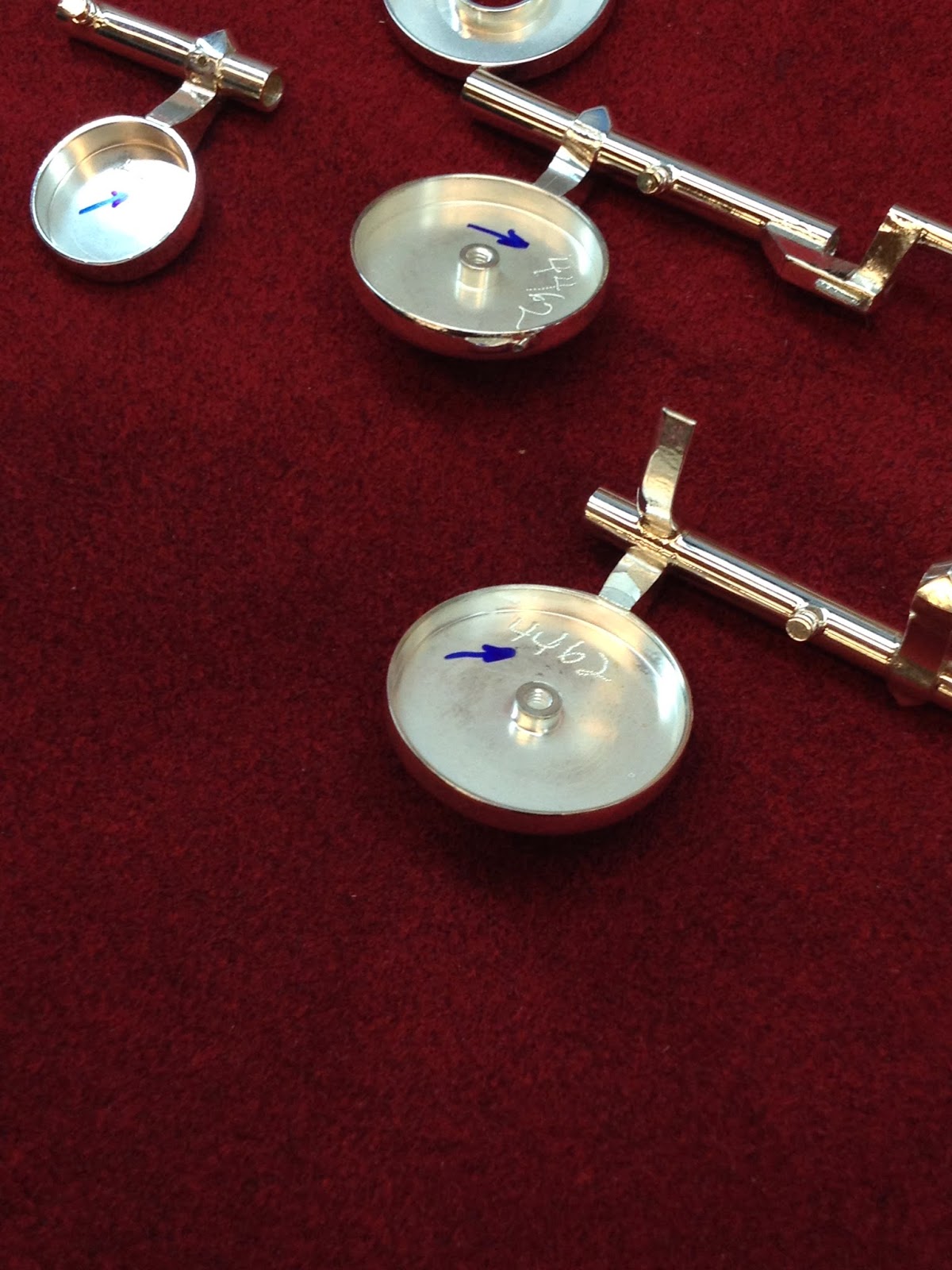 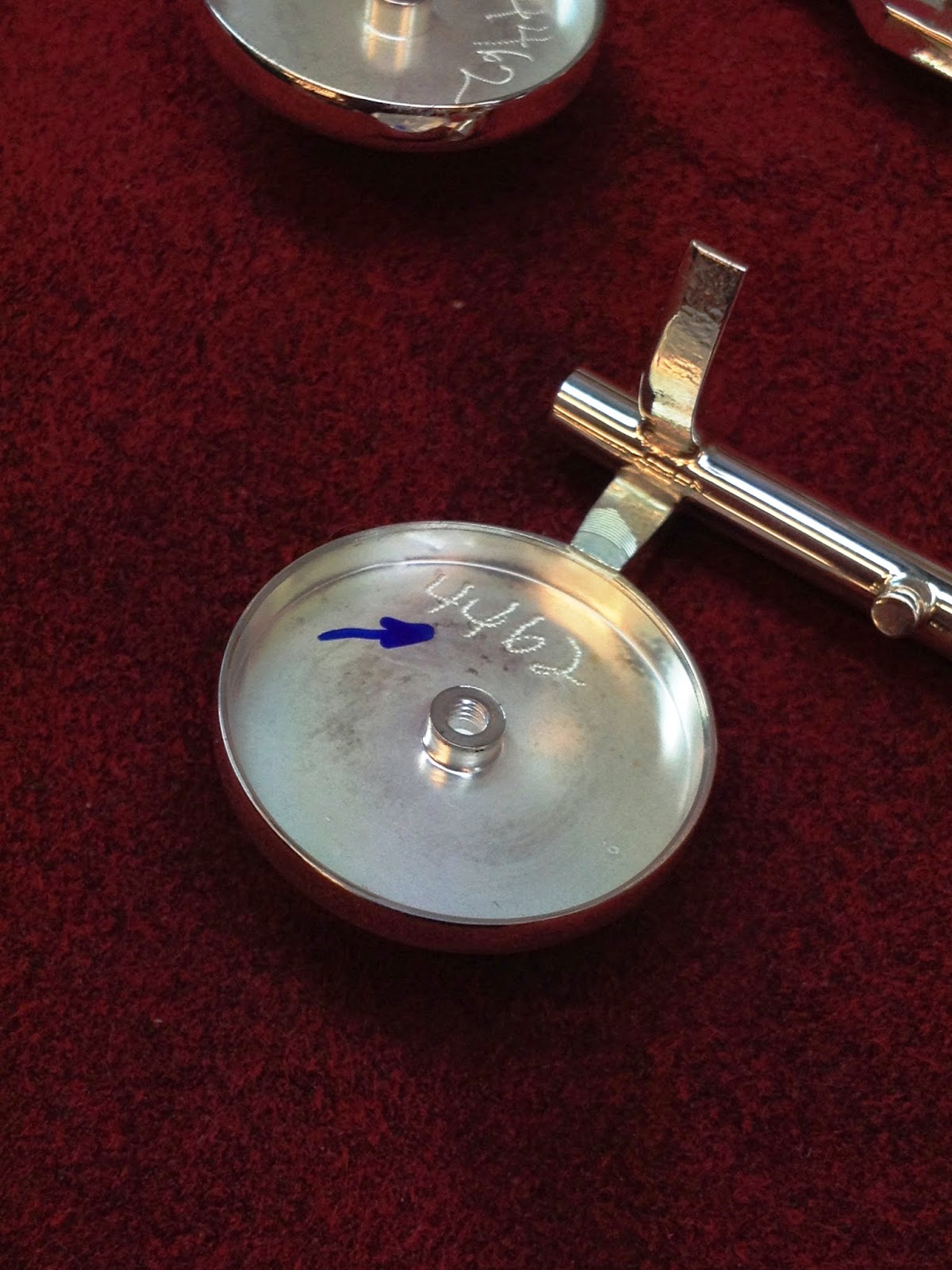 Posted by Powell Flutes at 5:08 PM